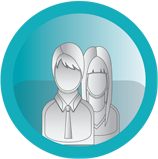 With 20 years of experience, Jean-Pierre Ung is a Lawyer dedicated to providing exceptional services.

Jean-Pierre’s entire background has been centered around the law. In 1996, he completed his Honours Bachelor of Arts, with Distinction, at the University of Toronto. His emphasis was on Criminology and Law, Ethics and Society. In 1999, he went on to complete his Law Degree at the prestigious Osgoode Hall Law School. While doing so, he volunteered as a Probation Officer with the Ontario Probation and Parole Services. Jean-Pierre also worked at Parkdale Legal Community Services where he helped people with their immigration and refugee issues.

In 2001, Jean-Pierre was successfully called to the Ontario Bar Association. He became a Partner of the former law firm of Still McCalmont Daly Ung in 2003.

In 2010, he founded the Law Office to provide more personalized legal services. By dealing with clients directly instead of delegating to staff, Jean-Pierre does what other lawyers may not: deliver results and not just promises.

He has appeared in many courts at various levels but his approach is settlement oriented. He wants to save his clients unnecessary legal fees, animosity, risks and delay. To that end, he also is trained in Collaborative Family Law.

Born in Vietnam and raised in France, Jean-Pierre can also communicate in French and Vietnamese. In his spare time, he enjoys spending time with his family. He also loves tennis and travelling.